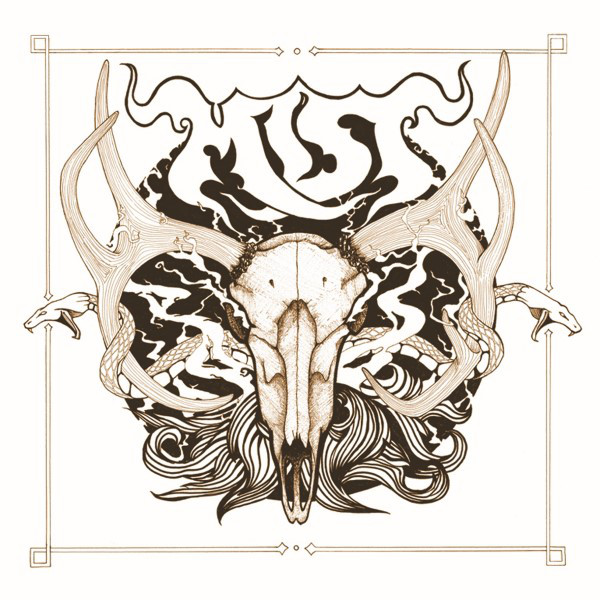 Slovenian all female five-piece Mist released their first demo in 2013 featuring two tracks of occult-tinged retro doom metal. Throughout the two tracks the guitarists put in a great performance and the basic spine of the band’s sound is the epic riff-driven approach of Candlemass with touches of psychedelia. Playing a great range of slow doom-laden riffs and great solos that simultaneously add a dose of the epic and the psychedelic, it’s a strong guitar performance that really grabs you. Nina Spruk proves to be a good vocalist with her dark, low voice brimming with power and sounding great with the backdrop of heavy doomy riffage. Low and snarling at points while wailing with a psychedelic quality at others, it’s a good gritty performance. The guitar and vocal work on the album are definitely the highlights, especially on the second track, The Living Dead, which has really memorable riffs with touches of Judas Priest influence adding to the epic nature of the sound, and the snarling nature of Nina’s voice is gritty and full of character. Ultimately, it’s a really fun doom metal release with a good deal of energy. The main thing holding Mist back is their rhythm section. The bass is barely audible and the drumming just follows the rhythm of the guitars with neither doing anything interesting enough to take the band’s sound from good to great. While the defining characteristic of doom metal is the riffs, what makes the best bands so good is their dynamic rhythm sections giving them that extra dimension and that’s simply not present here. Overall, it’s a good release with great guitar work and vocals throughout. It might not be anything revolutionary, but if they keep playing with such enthusiasm and talent and can add some more creativity to their rhythm section, then there’s no reason why their next release can’t be something special.