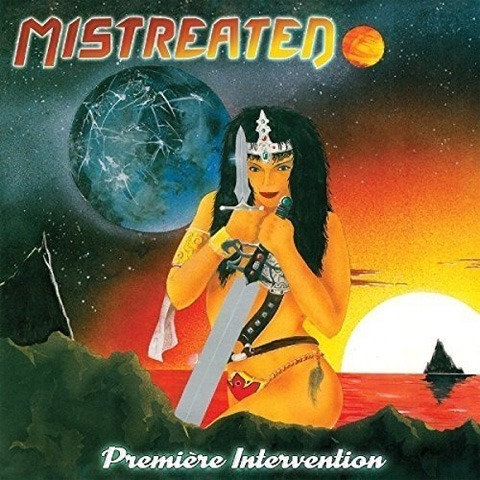 Active for 7 years within the 80s French heavy metal scene, Mistreated called it quits shortly after releasing their very first full-length record. Having performed more than 700 shows during their time, the dudes at Mistreated surely knew how to get the crowd going, which was mainly conceived as a result of their anthemic approach to writing music. Take a look at Liberte, Rock To Night, Exil or even my personal favorite Fille de Fer and you’ll know exactly why these guys were so praised within the underground scene. Many of the French bands were heavily influenced by the likes of Accept, Iron Maiden and Judas Priest, and attempted to reproduce that style as authentically as possible, all while singing in their native language (which just added on to the mystical aspect of their sound). The French were big on melody, and much like the Swedes, produced some of the most compelling chorus lines ever heard. A great example of this lies within the song structure of Exil, which showcases Fred’s reverberating vocals and the duo guitar lead powerhouse led by François and Bruno Ramos. Speaking of Bruno, he later went on to join Manigance, who are absolutely incredible and perfectly uphold the French heavy metal torch. All in all, Premiere Intervention is but another prime example of France’s impact on the entirety of heavy metal.