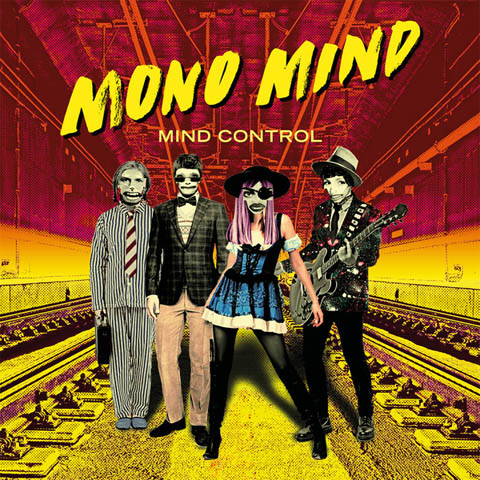 Mono Mind was a made up band of fictitious members called Dr Robot, Cooky Carter, Bright Jones and Rain Davies. In 2018 the band managed to release three digital singles abroad which placed high on club and radio lists in the US and France. In the US, the success includes a prestigious six-week first place on the dance list in the radio industry magazine AllAccess and hit the number one spot on both iTunes Electronica and Amazon Electronica. In France, Mono Mind was twice nominated in the NRJ DJ Awards 2018, as “Group of the Year” and for “Club Hit Of The Year.” Then in January of 2019 it was announced that the pop master Per Gessle from Roxette was the brain behind this project and that the Mono Mind music would be released as an album called, Mind Control, on the 12th of January which was Gessle’s 60th birthday, as a birthday gift to himself. This is what Gessle himself says: I had an idea about a concept with, for me, was another kind of pop music. I wanted to do something I hadn’t done before. I wanted to start from a classic pop vein but then things would happen that I have never done before including serious laboratory exercises with my own voice. When I noticed that no one recognized that I was singing, the idea of a cool fictional and drawn band was born with the roots both in pop art as well as in pop history. Incredibly fun!. Mind Control is vintage pop, electronica and ambient music songs and it includes the digital hits: LalaLove, Found My Soul At Marvingate and Save Me A Place.