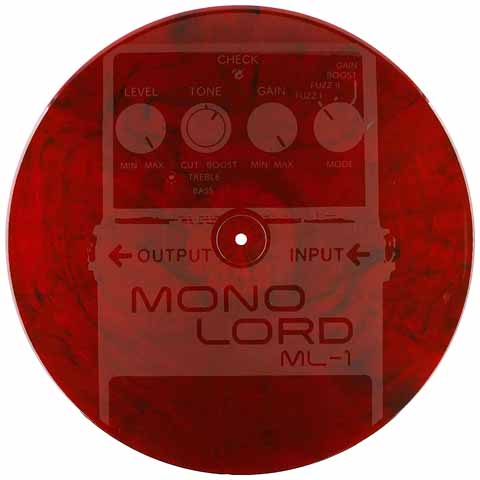 Monolord’s 12-minute cover of Black Sabbath classic Fairies Wear Boots pressed on red with black smoke colored vinyl with etching on the b-side.Monolord’s enveloping, syrupy sludge is a vibe, it’s a state of mind. Not riffs for riffs sake, but a collective buzzing, rattling and rumbling that’s more total environment than collection of songs. Together, guitarist/vocalist Thomas Jäger, drummer Esben Willems and bassist Mika Häkki create a massive, dynamic sound with ultra-low frequencies serving as it’s fourth member. Monolord is a rare breed: A band both encompassing and transcending genre; a vortex of heavy rock density that consumes all others. Rust, the band’s third full length, truly exemplifies why it received universal praise in reviews and landed atop multiple Album of The Year lists for 2017 – including the #1 Album of 2017 on the Doom Charts collective of journalists, bloggers, radio and podcasters. The band captures the essence of the original Black Sabbath track while putting their own spin on the song. This version is louder, deeper, darker and has a super low end fuzz that reverberates through you. And the best of all is that its extendes longer than the original so you can enjoy it more. Turn it up