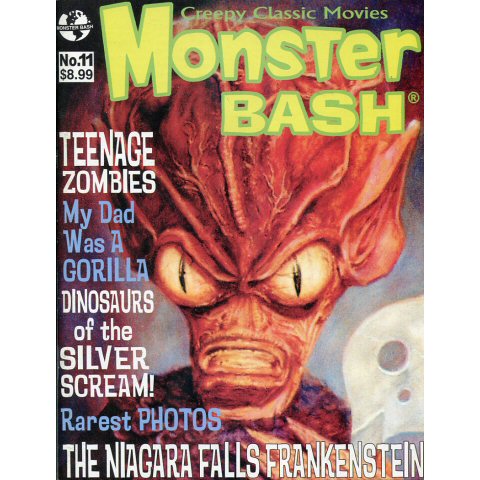 This issue has 56 pages written in English and features articles on movies and directors like:
Don Sullivan on Teenage zombies, The Niagara Frankenstein, The return of Dracula, My daddy was a gorilla: Diana Gemora tells th story about her dad Charlie Gemora the leading gorilla in Hollywood and more