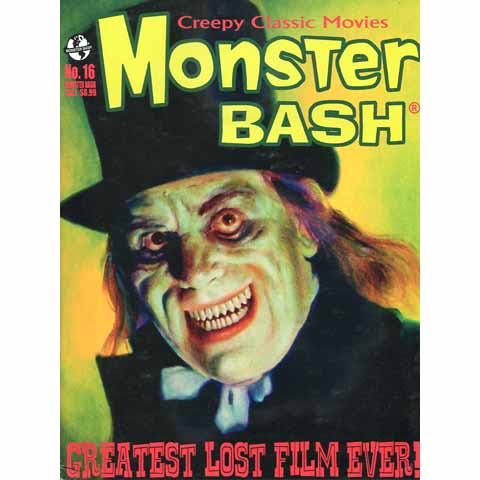 This issue has 56 pages written in English and features articles on movies and directors like:
London After Midnight the Lon Chaney’s classic 1927 vampire film. The history, the speculation, the facts…unearthed and sewn together by Kevin Slick. Also, Bela Lugosi acts out Draculas End by Gary Don Rhodes and Bill Kaffenberger. Buster Crabbe and Jean Rogers memories of Flash Gordon by Leonard Kohl. The Lonster the great films of Lon Chaney Jr. by Frank Dello Stritto. Your letters and Tom Weaver remembers Richard Gordon and more