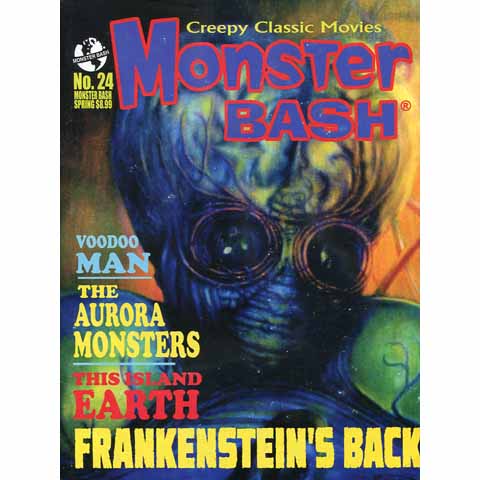 This issue has 56 pages written in English and features articles on movies and directors like:
In this issue….we travel to a small community where the gas station attendant is a witch doctor in Voodoo Man, a look back at The Aurora Monster Models through a kid’s perspective, This Island Earth, Frankensteins back and more.