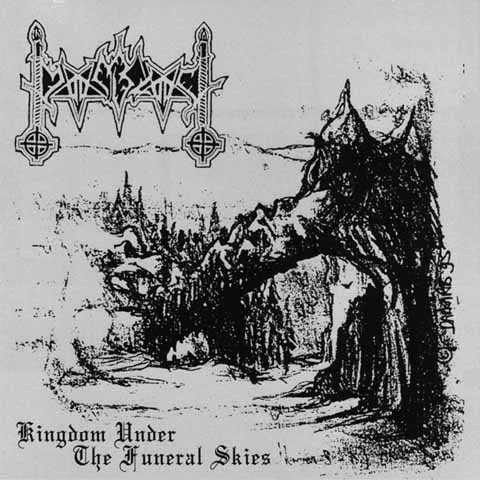 Epic black metal about darkness, hatred, war and occultism. The band was formed in Schneeberg, Germany in the beginning of the 90s under the name Demoniac issuing two demos under that name before the switched name to Moonblood in 1994. This album features the ‘Winter Falls Over The Land’ demo from 1995 and are hailed by many Moonblood followers to be among the best material the band ever did. The vocals are top-notch and 100% Gaamalzagoth. The instruments, handled by Occulta Mors sound good too especially the drums and bass. The production on the demo sounds raw yet the instruments can be heard clearly. This is an excellent black metal demo by an elite underground band that certainly deserves more attention. This is pure evil folks. Pure grim, cold, motherfucking evil. This album also includes 5 bonus rehearsal tracks from 1994. With slipcase