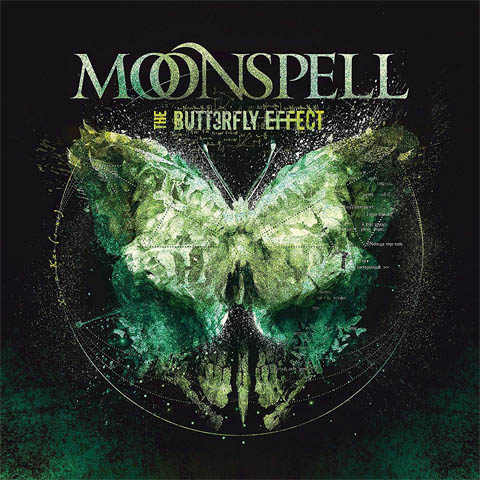 Portugal’s Moonspell has quickly evolved into one of the major players in the European goth-metal scene, and their fourth album, The Butterfly Effect, finds them pushing the boundaries of metal into strange and exciting new directions. Led by vocalist Fernando Ribeiro’s breathy baritone, the group could be likened to a European Type O Negative but with a greater talent for genre-bending experimentation. Following the basic blueprint set by Tiamat’s hugely influential Wildhoney album, The Butterfly Effect marries violent, down-tuned guitar riffs, eerie synthesizer passages, and esoteric lyrical themes (part science fiction, part anti-Christianity). And though it’s sheer breadth doesn’t allow for as cohesive a picture as previous efforts, the album features a number of exceptional tracks. Chief among these are “Tired,” with its incredibly haunting melodies, and the enigmatically titled “Can’t Bee,” a mishmash of extremes that may just qualify as the first ever death metal waltz. Other compelling moments include the unrelenting power of “Soulsick,” the near-pop strains of “Disappear Here,” and the straightforward industrial bludgeoning of “I Am the Eternal Spectator.” A challenging but mostly rewarding sonic experience.