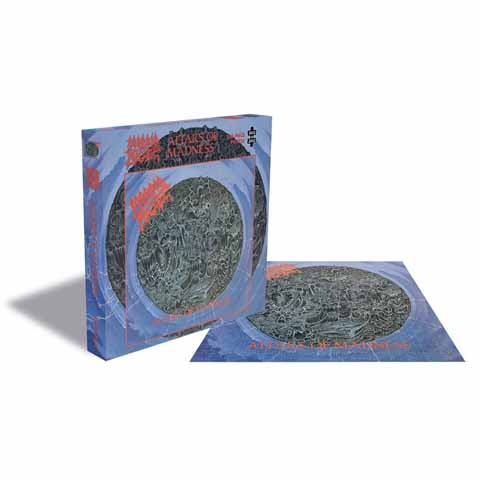 Few albums struck a chord within the ears and minds of the late-’80s underground metal scene like Morbid Angel’s Altars Of Madness did at the end of the decade, setting a new precedent for metal bands to reach. With the arguable exception of Chuck Schuldiner’s Death, never before had a heavy metal band carried their lightning-fast guitar riffs and equally spellbinding guitar solos into such horrific territory. Venom and Slayer redefined the extent to which a metal band could align itself with all things evil during the beginning of the decade, but Morbid Angel made these two groups sound like children’s music compared to the Florida-based group’s assaulting death metal sounds and their blasphemous lyrics. Even though later Morbid Angel albums made this debut sound amateur in terms of sound quality and creativity, one cannot deny its influence.