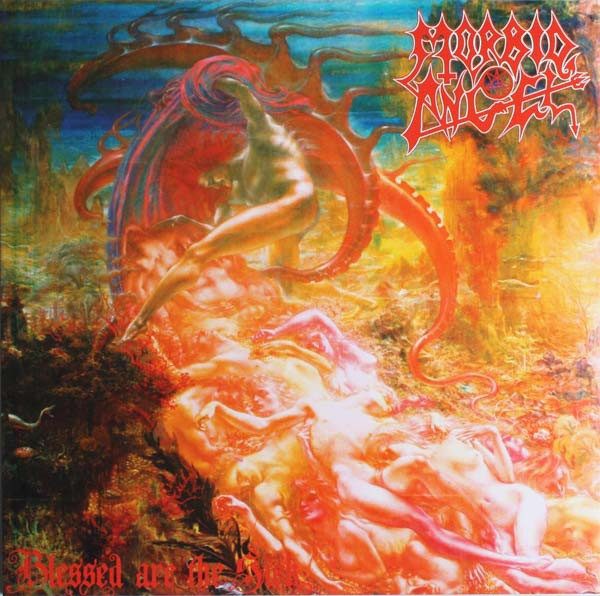 Morbid Angel had impressed many with Altars of Madness, but they still hadn’t climbed into the upper class of death metal bands until this record. Overshadowed by great albums from Sepultura, Entombed, and Carcass the same year, Morbid Angel still managed to solidify their reputation as a heavy metal maelstrom with the 13 tracks found here. Songs like “Thy Kingdom Come,” “Brainstorm,” and the redundantly titled “Unholy Blasphemies” would go on to become cult favorites in the metal underworld, while “The Ancient Ones” became their first true anthem, as it covered the drug-fueled religious theories of guitarist Trey Azagthoth. Despite his unusual beliefs, his playing is on par with the best the genre has to offer, shredding through these songs with an unbelievable ease and dexterity that brings to mind his guitar hero, Eddie Van Halen. This unique approach to the genre is definitely what makes this band more memorable, although the simple fact that they bothered to write semi-catchy songs and had a fantastic vocalist in David Vincent did not hurt matters one bit. The album is short, to the point, and doesn’t waste time noodling on forgetable riffs and needless tempo changes the way so many of their contemporaries did. Still sounding vicious, Blessed Are the Sick is an unheralded classic in the short-lived but rewarding first wave of death metal.