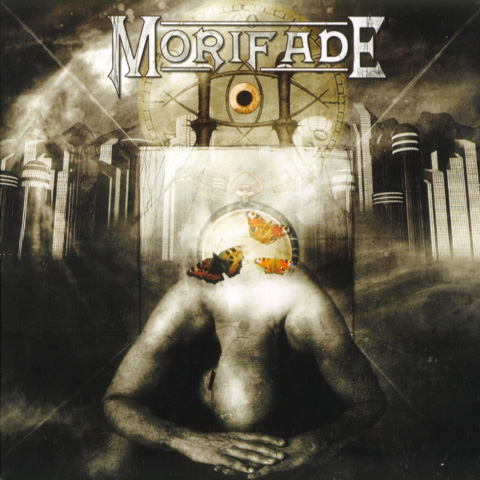 Domination is the sort of grandiose, overblown power metal offering that most rock critics — not all, but most — loved to hate back in the ’70s and ’80s. Loosely based on H.G. Wells’ 1984 and Aldous Huxley’s Brave New World, this highly conceptual, sci-fi-minded effort brings a strong progressive rock influence to metal; think Iron Maiden, Queensrÿche, King Diamond, or Judas Priest with elements of Rush, Emerson, Lake & Palmer, or Genesis. That’s a recipe that the majority of rock critics would have mercilessly trashed back in the Ronald Reagan years, when this type of approach was still considered current — and in 2003 (when Domination was recorded), such an approach was likely to be called dated as well as pretentious. But what is pretentious to some is ambitious to others, and a sound that is dated to one listener is classic to another. So it’s all a matter of perspective. If one is a die-hard power metal enthusiast and also has a taste for progressive rock, Domination has much to offer. Morifade has never been the least bit groundbreaking — this album sounds like it could have been recorded 23 years earlier — but in terms of musicality and craftsmanship, Domination is a success. This CD is far from an exercise in bombast for the sake of bombast; Morifade obviously puts a great deal of thought into their work, and on Domination, melody is as important as aggression. Along the way, Morifade has hardly been a stranger to lineup changes; the Swedish band has been a revolving door, and that much turnover can result in some weak or uneven albums — just ask Black Sabbath and Deep Purple. But the 2003 edition of Morifade has no problem holding things together creatively, and the end result is an enjoyably solid, if derivative, addition to their catalog.