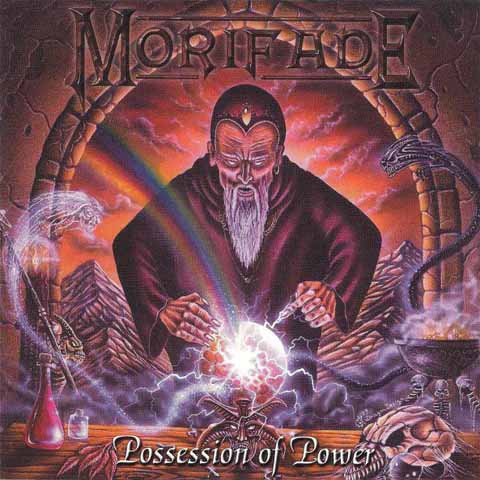 Morifade is a Linkoping, Sweden based symphonic power metal act dating back to 1992. After the 1995 demo ‘The Hourglass’ the band signed to the local Loud n’ Proud label for the ‘Across The Starlit Sky’ EP. However, following this release the band changed vocalist to Stefan Petersson of Savage Skulls and Minds Eye. The first full length album ‘Possession Of Power’ was duly laid down and released in August of 1999. This is a thundering power metal album and it starts with the opener ‘Dragonlord’, a fast double-bass-power metal track with a strong choir in the chorus. Epic mid-tempo excels with ‘Ending Of Time’, ‘The Vision And The Temple’ and ‘World Of Steel’, the ballad ‘My Own Majesty’ is snuggling into your ear and the over-long ‘Ancient Prophecy’ is pure epic! Instead of getting lost in the thicket of Hammerfall-copycats, everybody who calls himself power metal-fan, or even only heavy metal-fan, should let himself be possessed by the power of this album, he/she will not be disappointed for sure! Both thumbs up!