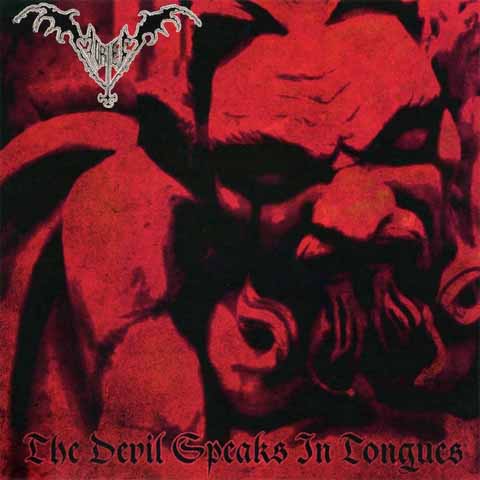 Though Mortem formed back in 1986, it took them nearly ten years to release their first full-length studio album, and twelve years to put out their second full-length, The Devil Speaks In Tongues. Mortem’s thrash-tinged style of death metal is less about crushing the listener under chunky riffs and more about tearing you to pieces and incinerating your remains. They enjoy their speed, but they don’t simply blast their way through the whole album. Along with the shredded guitar solos, whammy bar abuse, and fast tempos, there is a surprising amount of variety and attention to detail. Mortem is the kind of band that evokes images of creepy old churches with statues like the one on the cover perched over the entrance. They embody the occult. Black magic. Evil. Demonic possession. Hell. Many death metal bands use subject matter like this, but few have the riffs to make it convincing. I tip my hat to these shitcunts for their years of faithful servitude to Lucifer and their many riffs of truth.