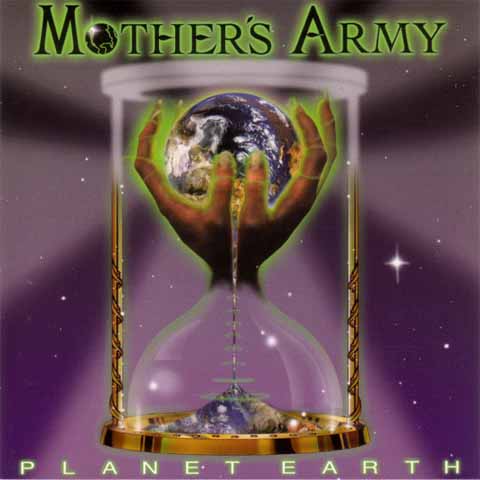 Mothers Army was an outfit of rock n royalties like ex-Rainbow and Deep Purple singer Joe Lynn Turner, erstwhile Ozzy Osbourne and King Kobra drummer Carmine Appice, Night Ranger guitarist Jeff Watson and Ozzy Osbourne, Rainbow, Uriah Heep, Black Sabbath and Yngwie J Malmsteen veteran Bob Daisley. The band debuted in 1993 with an eponymous outing. The group signed to German label USG Records for the 1997 follow up, ‘Planet Earth’. Mothers Army did well in Japan but failed to gain any bigger interest in other parts of the world. The problem with the album is that the particular skills of each member don’t really shine through except maybe Daisley’s bass, which is thanks to the clear recording of the bass track. Joe Lynn Turner sings with little energy and many tracks are vocal harmonies rather than a solo vocal. Joe Lynn Turner practically sleeps through this album. I would have expected more energetic drumming from ‘the world’s greatest rock drummer’ or more remarkable guitar work from Jeff Watson but overall I think any of the members could have been substituted with some no-name up-and-comer and the album wouldn’t have sounded much different. Perhaps the band was going for a certain mood. The album is mostly composed of slow dragging songs. It’s heavy but in a tired way that is perhaps reflected in the lyrics about environmental doom and the hippy-ish lyrics about wealth being un-necessary. In fact, on some songs if you replace Mother Earth with God or Jesus you would have a debut album by a Christian rock band.