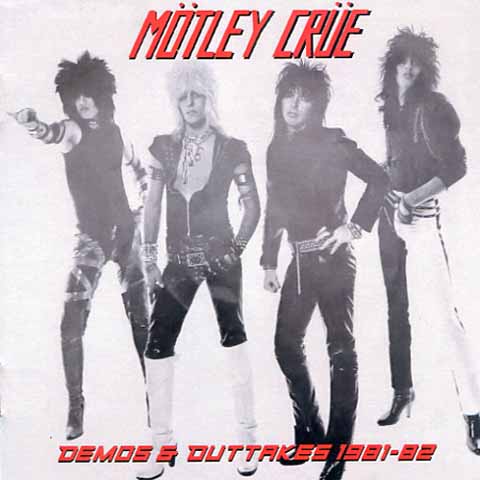 One of the most notorious and successful bands of the hair metal era, Los Angeles rockers Mötley Crüe burned through the ’80s in a blaze of drugs, debauchery, and platinum hits. Their glammed-out image, hard-partying reputation, and a knack for melding pop hooks to heavy metal theatrics took the band to the top of the charts repeatedly throughout the ’80s. Formed in January of 1981 by Nikki Sixx and Tommy Lee but it was when Mick Mars joined that the moniker Mottley Krue first were used. The members altered the name and adding a pair of umlauts (allegedly a tribute to German beer), the trio began efforts to recruit the vocalist Vincent Neil Wharton. With Neil now on board, Mötley Crüe became a cult favorite on the L.A. circuit, infamously known for such theatrics as setting Sixx’s pants on fire mid-song. This album features the early demos the band did before signing to Allan Coffmans management, who financed the Leathur recording late 1981.