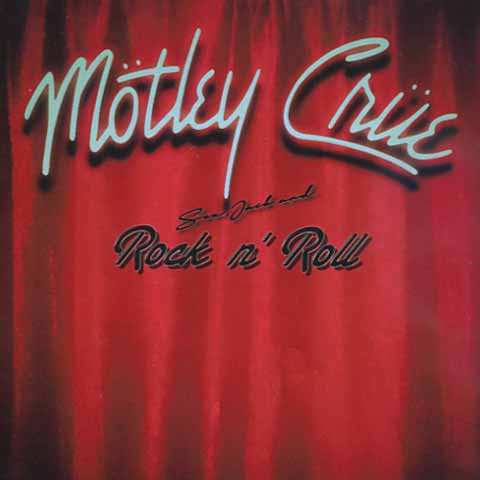 Motley Crue’s fourth album, Girls, Girls, Girls, was released in May 1987 and debuted at number 2 on the Billboard 200. The band once again changed their look for the album and subsequent tour, trading the glam elements of the previous album for a biker aesthetic. This album features a recording from La Crosse Center in La Crosse in Wisconsin on the 7th of September 1987. The band had the newly reborned Whitesnake opening up for them, and in 1987 this really was two of the hottest band around and it also meant that it attracted a large amount of females to the show. Motley Crue definitely had a tough act to follow but the band was also riding high on one of their four most commercially successful albums — Girls, Girls, Girls — which coincided with a return to a harder rocking sound and heavier look and image with leather, jeans and strip clubs ruling the day. Motley Crue goes out with a bang with All In The Name Of and Live Wire. The stage show seemed huge and exactly what you see in Motley Crue‘s Wild Side video. The band also had some good looking female singers, called Bad Habits, providing background vocals on a handful of songs. This was the era of the young, slim and fit frontman Vince Neil — who was covering a lot of ground from one side of the stage to the other. Guitarist Mick Mars was also in much better shape, not having yet been visibly affected and worn down yet by his ankylosing spondylitis disease (a form of arthritis). This also had Tommy Lee‘s rotating drum kit which was very cool and innovative at the time. Of course, Lee has now taken his moving kit to a way higher level as the years have passed — but back in 1987, just seeing his drum kit twirl around was awesome. Only two tracks from their weakest album to date, Theatre Of Pain, was performed, the classic Home Sweet Home and the cover tune Smokin In The Boys Room. Motley Crue‘s encores were also excellent. They played a blistering rendition of Elvis Presley‘s Jailhouse Rock before launching into a medley of some of the greatest rock songs out there like Ac/dc and Led Zeppelin before ending the show with the awesome Girls, Girls, Girls, which had the audience singing along for most of the song.