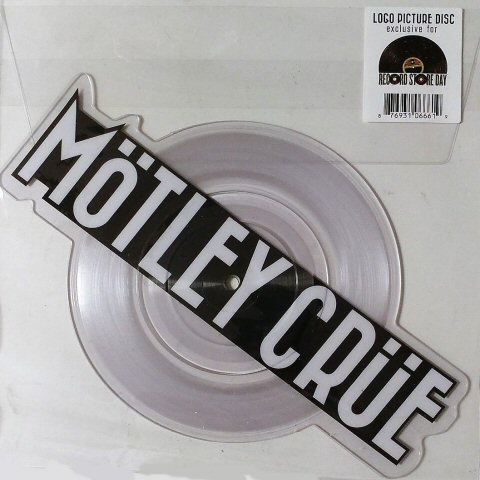 The A-side track “Kickstart My Heart” is taken from the 1989 album, Dr. Feelgood. In a 2015 interview, Mötley Crue bassist Nikki Sixx related the origins of “Kickstart My Heart”, which he wrote while the band was already working on Dr. Feelgood. Sixx was playing acoustic guitar in his house while scribbling words on a piece of paper. When the group’s former manager read the words, he encouraged Sixx to share it with the rest of the band. Sixx was reluctant, but eventually did show the band and the track came together quickly. The introduction is a classic example of a Floyd Rose bridge trick, in which Mick Mars drops three consecutive strings resulting in sound similar to a motorcycle shifting gears, borrowed from the similar-sounding intro to Montrose’s “Bad Motor Scooter”. The catchy guitar riff that immediately follows bears a striking resemblance to 1970s glam rock band Sweet’s intro to their 1973 song, “Hell Raiser” (which itself resembles Led Zeppelin’s 1969 song “Whole Lotta Love”). The song’s ending features a prominent example of talkbox effects. The B-side “Home Sweet Home” is taken from the 1985 album Theatre Of Pain. The song ranks number twelve on VH1’s chart of the greatest power ballads of all time.