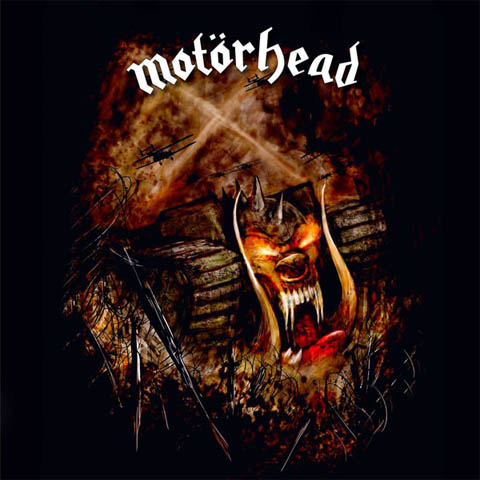 After the crowd had nicely been warmed up by Danko Jones and Saxon up stepped Motorhead, and Lemmy Kilmister announced: We are Motörhead and we play rock & roll. Then bursting into the classic Iron Fist, then without drawing breath followed up with Stay Clean and Be My Baby. A great opening and now with an excellent new light set and the use of video screens (which gives you close up shots of the band playing). The crowd of leather-clad bikers, teenage punks and silvery-haired metalheads — Motörhead has always attracted a variety of underground denizens — were shoulder-to-shoulder for the nearly 90-minute set. The energy and enthusiasm that the kings of dirty rock & roll demonstrated are the biggest part of its legend. With the new material like Rock Out (2008) and In the Name Of Tragedy (2004), Motörhead played with abandon. Kilmister’s snarling, growling vocals boomed over the breakneck bass rhythms he hammered out. This gig at Carling Apollo in Manchester (14 November 2008) was an excellent gig with a good mix of old and new songs in the set, with a cover of Thin Lizzy”s ‘Rosalie’ which was superbly performed and appreciated by the crowd. The biggest gem of the night was Another Perfect Day as its rarely played live. It found its way back to the set list for the 2008/2009 tour for the first time since 1983 and were never played again after that. Then we were treated to an amazing drum solo halfway through In The Name Of Tragedy that raised the roof, wow can Mickey Dee play the drums. More was to follow with an excellent guitar solo from Phil Campbell as an intro to The Thousand Names Of God. Now coming to the end of the set – more crowd favourites were played, Going To Brazil and Killed By Death, then to finish Born To Raise Hell. With the crowd chanting Motorhead we were then treated to three more songs. First was Whorehouse Blues which consisted of Phil Campbell and Mickey Dee playing acoustic guitars with Lemmy on vocal and playing the harmonica, this raised the roof. Then came the Motorhead anthem The Ace Of Spades and to finish the almighty Overkill, accompanied by pulsating strobe lights. Then, as the band has done for years, they turned up their amps to just the right ear-splitting level, and Kilmister leaned his bass against the cabinets, creating mind-numbing feedback. The three band members walked to the center of the stage, put their arms around each other shoulders, nearly did a chorus line kick, and then took a final bow before leaving. Off to the next show.