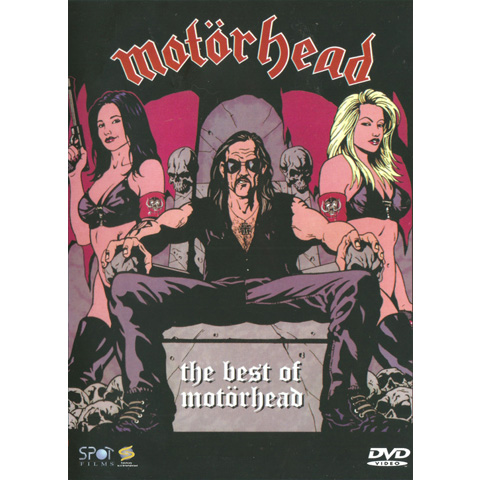 Motorhead -The Best Of Motorhead dvd

This dvd is an excellent collection of classic performances of the legendary Kilmister /Clarke /Taylor era, as well as a few spots with one-time guitarist (and sadly not well-received by fans), Brian Robertson, formerly of Thin Lizzy. Also included as a bonus feature is the classic Killed By Death video, done in totally `80s Heavy Metal style, with the dual-guitar assault of former member Mick Wurzel Burston and current mainstay axeman Phillip The Beast Campbell, as well as another one-time member, former Saxon drummer Pete Gill. Maybe you should be warned that most of these videos have lip-synching, but in the late 70s early 80s, thats what videos were: visuals of a performance with the studio recording as a soundtrack. True, it would have been better if Motorhead had been better at lip-synching and pretending to play their instruments, but part of their charm is that they are not into that kind of stuff. It also would have been better if they had been consistent with the canned crowd noise: after every song or none of them. But for what it actually is, a collection of promotional videos, it’s very good, and is the only way you are going to get a visual of the Fast and Philthy line-up playing those songs that are not included on the 1982 Toronto bootleg. So I personally still believe that this is a must-have for any Motorheadbanger