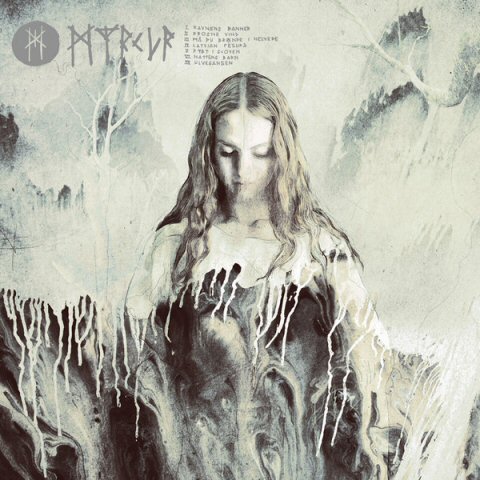 Following the tradition of semi-anonymous one-person black metal bands, Danish black metal entity Myrkur surfaced in 2014 with this self-titled debut EP, the work of a sole Scandinavian woman. Though the seven songs dig deep into the middling fidelity, tormented blastbeats, and over-the-top darkness of some of black metal’s greatest names (early Burzum, Emperor, Ulver) much of the album also embraces a gentler side of the dread and wonder found in nature. “Frosne Vind” is an entirely acoustic composition, playing courtly melodies while a host of haunted choral voices sweep in overtop with a medieval melody. It’s only moments until the metal chaos returns, however, and tunes like standout track “Nattens Barn” perfectly blend the two worlds of graceful, icy ambience and all-out hellish black metal wailing.