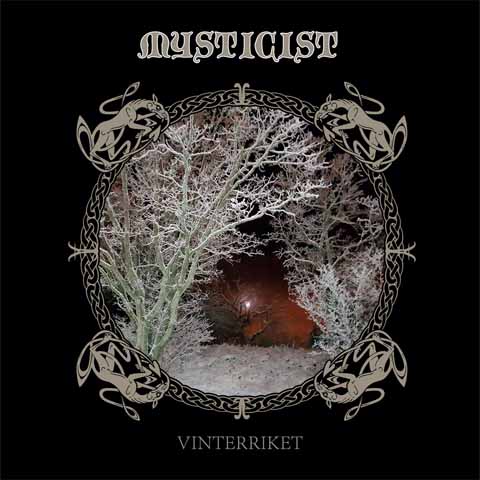 In March of 2019 Rogga Johansson announced two Skeletal Spectre Eps in digital form on his bandcamp page. The Mire 1 and The Mire 2. The two Eps showed a more ambient style of music then the material that Skeletal Spectre had released before. When the Mexican label Iron,Blood And Death records wanted to release the two Eps as a physcial shape then Rogga and the label decided that it should be released under a different name and therefore its released under the moniker of Mysticist. The Mire album was released in 2019 and now its time for the follow up. Vinterriket features more cold and dark ambient music from the north. Recorded in Rogga’s own The Rotpit studio. Fans of Mortiis should check this out.