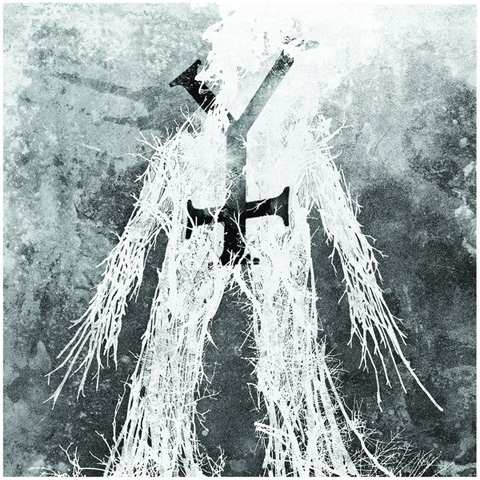 MZ.412 is a genius dark ambient album. Imagine sounds from field recordings, dark drones that bring a claustrophobic atmosphere and mix it with industrial music. In Nomine Dei Nostri Lucerferi Excelsi delivers a masterclass of haunting, demonic and down right evil music. Everything about this record is brought together by masterminds Nordvargr, Ulvtharm, Drakhon and Shaitan. This is the soundtrack to nightmares, possibly the most thought-provoking album you can hear. There are so many highlights and title track “In Nomine Dei” with its bleak atmosphere suddenly interrupted by sharp electronic bursts of energy and mixed with samples from Exorcist III. The near ten minute track of “Salvo Honoris Morte” with its distorted guitars and ritualistic drums may seem repetitive to most, but for the educated, you cannot deny the strength, power and genius behind this art form. “God of Fifty Names” with its complex structures and hypnotic sounds just puts you into a trance. How these sounds are collected and arranged is extraordinary, MZ412 are true masters of their art. The spoken dialect at the beginning of “Daemon Raging” portraying a courtroom case of murder, demonic possession and Satanism can only be accompanied by harsh industrial and rhythmic drums. As an extra for this re-release, we have two extra tracks that were on the five CD box set released by Cold Spring in 2010, namely “Surge 2” and “In Ritual of Blood and Oath” with the former being the harshest of the two tracks and indeed the whole album. Harsh screaming vocals are low in the mix of power electronics which MZ412 could succumb to every now and again. Recordings of various instruments and everyday items such as pipes are arranged in such a way that have yet to be replicated in the scene and MZ412 remain kings of the harsh industrial/black industrial fields. Simply listen to this album. It will haunt you. It will scare you. It will enlighten you.