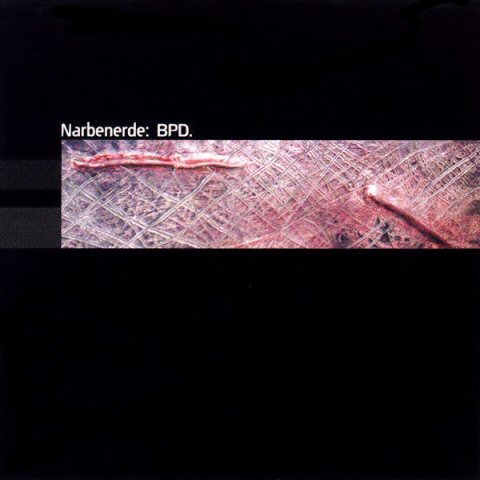 Here this German project offers up three incredibly lengthy pieces of experimental noise, each running right around 20 minutes. BPD I begins with relatively standard harsh noise rumbles, introducing some thickly manipulated samples into the mix on occasion. Oddly enough the track changes completely at the five-minute mark, going so far as to fade before the shift into some strange ambient drones and reverberations with the samples continuing deep in the distance – basically creating the effect of one track ending as another begins, granted that’s not the actual case. Eventually things become slightly more ominous as distorted textures come in, but then another change takes place at 11 minutes, back to some ringing ambient hums and more prominent (yet still indecipherable) samples. As the track continues to its close things shift back and forth more frequently, but with a stronger flow. Sinister bass tones and orchestral synths introduce BPD II. Eventually things change over to a less musical direction, still maintaining the ambience, but perhaps becoming more ethereal with a lot of depth and some brighter sweeping sounds. Another heavily treated sample comes in at one point, and it first it seems disruptive, but as it continues it better fits the surrounding atmosphere. Nothing ever gets too abrasive with this one, though on occasion a few more aggressive types of layers do push their way forth. BPD III is similar in its use of bleak dark ambient soundscapes, but it’s a much more cohesive piece overall, hinting at some scarcely musical elements far off in the background, but smoothly transitioning along the way. I can’t tell what’s going on with the layout as the bulk of the imagery is very abstract, but it looks pretty nice, and I especially like the back panel of the booklet. Inside is one simple line that reads, “The only antidote to mental suffering is physical pain.” This is a nice release. I would’ve been completely satisfied had the final track made up the entire disc, but the only piece that I could certainly do without is the opener, as it clashes with the mood of the rest of the tracks and has a major problem with continuity. I’m not completely impressed by this, but I won’t rule out being bowled over in the future.