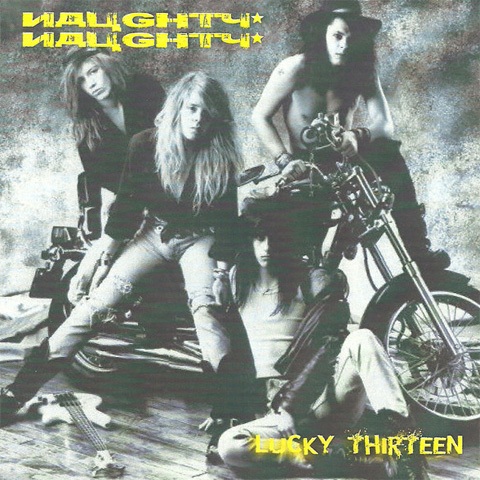 In a nutshell, this band had every element to be one of the giants in rock music, but it just never came to fruition. It all started in 1988 when Jimmi and Brian began writing and demoing songs together. Even though they were in different bands at the time, they realized that they both had song ideas that they didn’t feel right presenting to their current bands. So, in late 1988, they decided to form a new band called Naughty Naughty. Brian suggested his brother Jeff as the driving force drum beat behind the band, and he was! Next was the bass…at first we had no idea who could pull this off and a friend had suggested we give Jason a try. Jason fit the band well. All four guys rehearsed the songs in an old warehouse where the band lived upto their name. The band played out, but were very particular about which shows they would play so as to showcase their live show. Jason left the band in 1989 to pursue a solo career and this somehow led us to Phil Reiner. Phil was an awesome addition to the band. A full time music student who could read and write music and play a wide variety of styles; he brought a new feel to the band that really set us in a new direction. The band began to focus on the way songs were put together, honing their songwriting skills. Just as the live show and songs were coming together with the new lineup, Grunge became popular, seemingly overnight. Not willing to change their image and sound like many other bands did every time some thing new hit big, the band just fell apart in 1991. But, the music lives on in these recordings! Hope you enjoy. –Jimmi and Brian