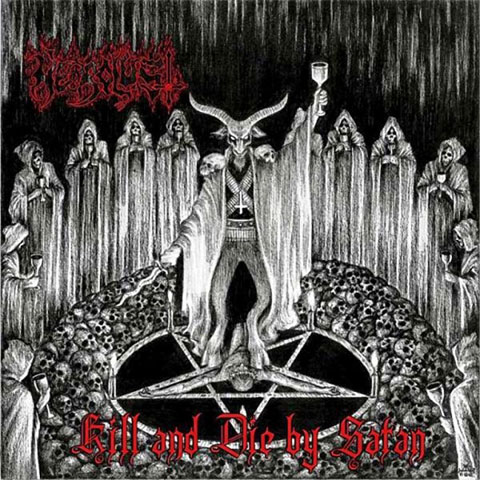 Necrolust was an underground Brazilian black metal act formed in Salvador, Bahia back in 1989. The band managed to release two demos before calling it a day. The two demo tapes featured some hateful and satanic black metal strongly influenced by from gods of the genre like Bathory. The two demos were Christs Excommunication (1991) and Kill And Die By Satan (1994). The second demo can now be found on this cd release. Fans of early black metal and South american extreme metal can probably guess what to expect.