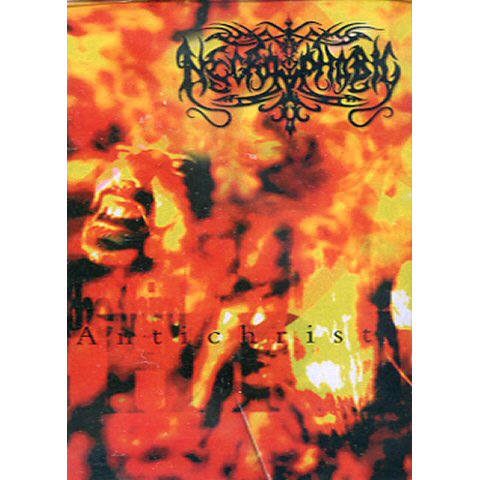 ‘The Third Antichrist’, released in 1999, was Necrophobic’s third full-length album. Here, they continued the pattern of changing while remaining the same. Where as their first effort, ‘The Nocturnal Silence’, was a purely Satanic Death Metal album and the following album, ‘Darkside’, leaned much more toward Black Metal ‘The Third Antichrist’ takes a more melodic approach. To be sure, following the intro, the album kicks in with a melody that could have fit well on ‘Darkside’ in all its cold Black Metal glory yet the aggression isn’t quite the same. There seem to be more tempo changes on this album. The sound here is better described as Black Metal/Melodic Death Metal. The vocals are mostly similar to ‘Darkside’, as they are in the high-pitched Black Metal style, similar to Jon of Dissection. The guitar is thin enough, but a bit thicker than on the previous album. Along with the black metal melodies, there are also some thrashy parts that would make Slayer proud. The sound is a bit more polished than their first two, though not over-produced by any means. The haunting leads will surely stick in your head for days, so beware.

Track listing:
1. Rise Of The Infernal
2. The Third Of Arrivals
3. Frozen Empire
4. Into Armageddon
5. Eye Of The Storm
6. The Unhallowed
7. Isaz
8. The Throne Of Souls Possessed
9. He Who Rideth In Rage
10. Demonic
11. One Last Step Into The Great Mist