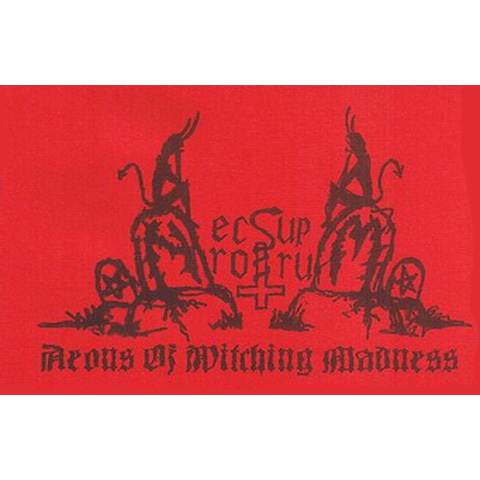 One would think that after decades of necro seemingly in every other band’s repertoire, people would grow tired of it. Apparently there’s no law of diminishing returns when necro is concerned. More than a word now, it describes a sound, and a distinctly evil facet of the heavy metal spirit. Featuring members of Slugathor and Throneum, this joint project is about as necro as it gets. The bass is gristly, the riffs likewise, the vocals twisted with rage, and the drums deep. This demo is a pleasure to listen to, and what’s more, Necrostuprum are faithful to the tape format. A demo is not a true demo unless it’s on tape, and Aeons Of Witching Madness is as true a demo as you can hope for in 2010. Monstrous.