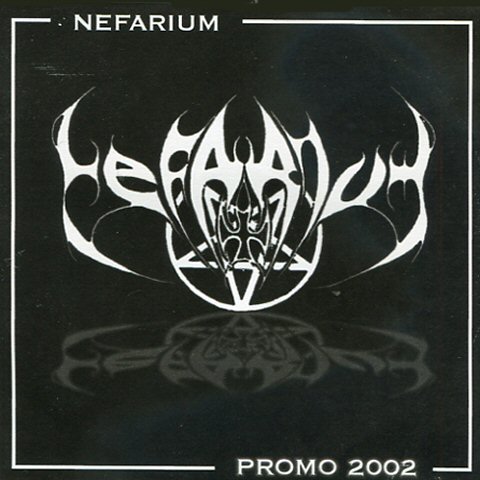 The Italian black metal trio Nefarium was founded in 1997 in Saint-Christophe. Their debut demo was released in 1999 and followed by the Avernus 7″ 2001. After that the band recorded 9-tracks for a cdR promo in 2002 that was sent around to get a record dead. The band were then offered a record contract with the Swedish label Downfall Record who released these 9-tracks in 2005 as the bands debut album under the title Praesidium. What we find on this original cdR disc or debut album is some very fast black metal like the early days of the Swedish black metal scene, think Dark Funeral and Marduk, and with a drummer that really likes to beat up the skins.