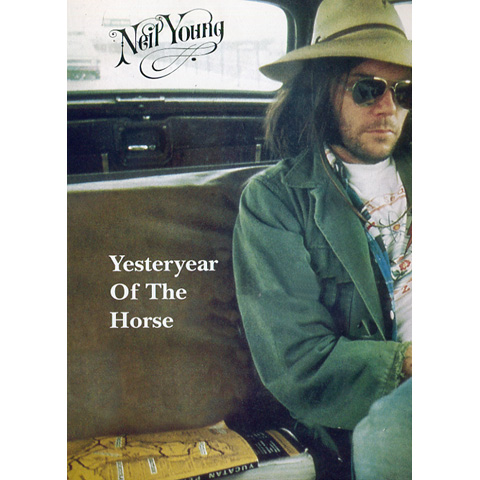 Crazy Horse guitarist Frank Poncho Sampedro will never forget the group’s March 1976 tour of Japan. He’d only joined the band a few months earlier during the recording sessions for Zuma, and prior to boarding the plane to Japan his only live experience with Young came during a handful of California bar shows in December of 1975. He suddenly found himself playing to enormous, screaming crowds all over Japan. For someone who was merely a fan of Neil Young the previous year, the entire experience was beyond surreal. The sixth stop of the tour was at Tokyo’s Budokan Hall (11th of March), and Young hired a film crew to tape the two-night stand. Nobody bothered to tell Poncho, and he dropped a bunch of acid before going onstage one of the nights. I couldn’t even look up, he told author Jimmy McDonough. I was so high. I’d hit the strings of my guitar — they were like eight different colors — and they bounced off the floors and hit the ceiling. This dvd features material from that night in Japan. It’s unclear whether or not this is the LSD gig, but Poncho certainly sounds like he’s on his game. The dvd also features material from Hammersmith Odeon, London in March of 1976 as well from the Entrance Of Subway Station in Glasgow from April 1976. The Neil Young And Crazy Horse tour 1976 was supposed to hit America in the summer, but Young began playing with Stephen Stills when he returned home and abandon The Horse in order to form the Stills-Young Band. They recorded an album very quickly and hit the road, though after just eighteen dates Young decided he had enough. He couldn’t even face Stills to tell him the news. Instead, he wrote this now famous letter: Dear Stephen, funny how some things that start spontaneously end that way. Eat a peach, Neil.