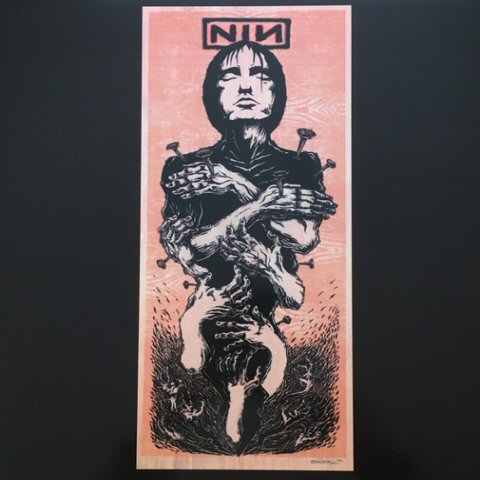 Nine Inch Nails recorded at the KROQ radio station’s annual pair of Almost Acoustic Christmas marathons. Their 2005 edition was held on the 9 and 10th of December at the Gibson Amphitheatre in California. This year it was the second night that was filled of fury, capped by robust, commanding performances from System Of A Down, Nine Inch Nails, Korn, Thrice, Avenged Sevenfold, Rise Against and Fall Out Boy. This album features the Nine Inch Nails show and they probably never have been stronger live. Trent Reznor’s once-unpredictable aggression is now so ferociously focused that it packs steamroller power. Whether attacking through thunder-drummed pieces like “You Know What You Are” and “March Of The Pigs” or making darkly erotic and violently masochistic in industrial-funk grooves like “Closer” and “Head Like A Hole,” Reznor holds the reins of his performance tightly, rarely yielding to the recklessness of yore. The upshot: not only has his music become more mature and muscular (it helps to have Josh Freese on drums), his lyrical intensity has been heightened. The self-consumed anguish that once flirted with melodrama now comes across philosophically. To some, it still speaks primarily to inner torment; to others, it has evolved outward, toward social malaise. Reznor’s writing and delivery give rise to such psychobabble. This show had its own unexpected twist when they decided to play Starfuckers Inc. That it was such a strong set only solidifies the notion that Reznor is at the top of his game.