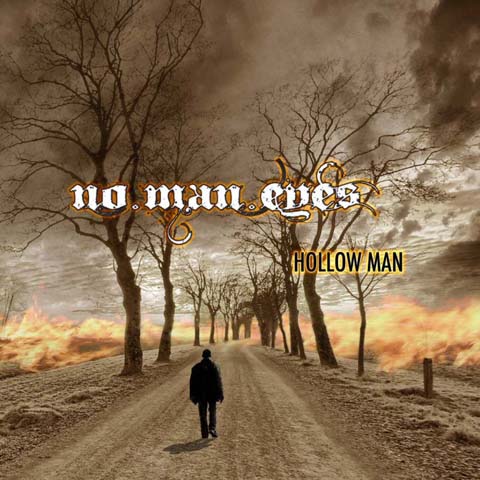 Again I am surprised by the output of our Italian brethren. The scene, in my eyes, must be busting from the seams as it is apparently not only ripe with all manner of experimental Doom, Sludge and Black Metal but also more classic styles of Heavy Metal such as the feature No Man Eyes. I wouldn?t go so far as calling this group or their album Hollow Man Power Metal, however, as No Man Eyes is quite the mixture. You?ll hear some Dream Theater-esque, Judas Priest-esque, and Megadeth-esque moments – it?s unavoidable to draw these comparisons – but you?ll be pleasantly surprised that the band manages to use their inspirations as homage rather than copying. Hollow Man starts off with the extremely effective track Strive, which begins rather calmly until all hell breaks loose ? literally, as you hear gunshots go off within a crowd then comes a well done little arrangement that promises a fantastic follow up. The title track, Hollow Man, immediately follows, playing into the themes of isolation and terror in Strive. This track is no doubt the best on the entire album, which makes me wonder why there wasn?t any build up whatsoever? In fact, after Hollow Man, the entire album seems to dwindle in quality except for a few select songs such as SW4QW (Silent Weapons for Quiet Wars) and Forsaken By The Light. I can?t help but feel that perhaps the band would?ve benefited from less filler and just put its best into an EP (that probably could?ve had the same title). Upon additional play-through I still have no love for the rest of the songs; they simply don?t carry the same feeling or quality as tracks such as Hollow Man. In no way is No Man Eyes a bad band, not at all. The solos of Andrew Spane are fantastic and thought out; the bottom end, Alessandro Asborno (bass) and Michele Pintus (drums), carries the music so well ? even the bass is present and able to be heard properly; Fabio Carmotti?s vocals are extremely interesting even with the odd error in pronunciation (but who cares about that, right); No Man Eyes is great. However, there is simply too much filler on Hollow Man and I feel bad for not being interesting in what it is offering to me here. I suggest checking this album out for its first two tracks alone but beware of the rest of the album (excluding a select few tracks, of course).