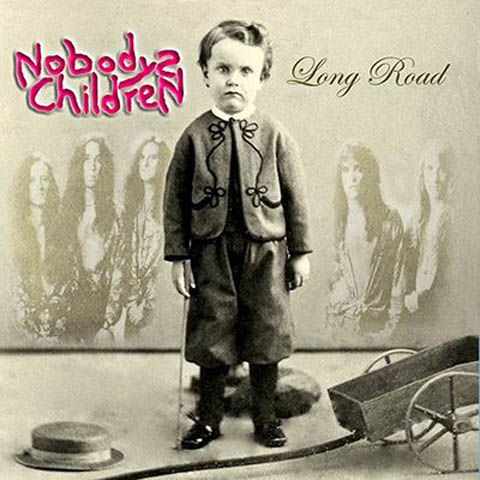 From 1988 to 1992, the world was able to embrace and came to know one of the best rock gems the South had to offer….a little force hailing from Shreveport, LA known as Nobody’s Children. They were a force to be reckoned with while playing countless shows across the country 5+ nights a week with enough lighting and stage equipment crammed into a 24 foot truck that would have shamed even the greatest of bands on the Sunset Strip back in the day. Committed to their cause like no other, Nobody’s Children stormed on to the music scene with this contagious sound that not only commanded airplay, but also amassed an impressive loyal fan following that still lives on today. Simply put, Nobody’s Children loved their fans and their fans loved them back. Establishing themselves as one of the most requested live acts on the circuit, their first single Why Don’t You Cry became the most requested song on 98 Rocks KTAL FM and remained unchallenged for quite some time. The band’s collective synergy was the result of the unique and varied background of each individual band member that drove their heavy and melodic sound…..a sound that would rival any band, any time. Front man and vocalist Brad Robinson charged the band right at its audience with such an appealing sound and incredible vocal range evident at any of the band’s performances. The dynamic guitarist pairing of Nathan H and Craig Bradford was unparalleled in driving rhythm, killer riffs, and lightning solo precision like no other. Bringing it on the bass was Kevin Henderson with his energetic stage presence and unique style that drove the band’s rhythm. And then there was Geoffrey Ward on drums….a true spectacle of fun loving rock god drumming that powered the band’s sound. As a band, their live shows were packed with high energy, excitement, and spontaneity that created the band’s own karma and launched their own breed of contagious fan loyalty. It was their untouchable level of blood, sweat and tears poured into every performance night after night that gave Nobody’s Children their edge over other bands during this time. Now you can experience a re-mastered release of Long Road including never before released live tracks, the mystique and magic of Nobody’s Children marches on. Long Road is an iconic effort filled with melodic tracks including hit singles Why Don’t You Cry and Standing On My Heart and hard driving tracks like Power Chain and Live It. The title track Long Road is a powerful ballad showcasing Brad’s vocals and the band’s instrumental artistry. All in all, an incredible album from point of entry to the last note of the album’s journey.