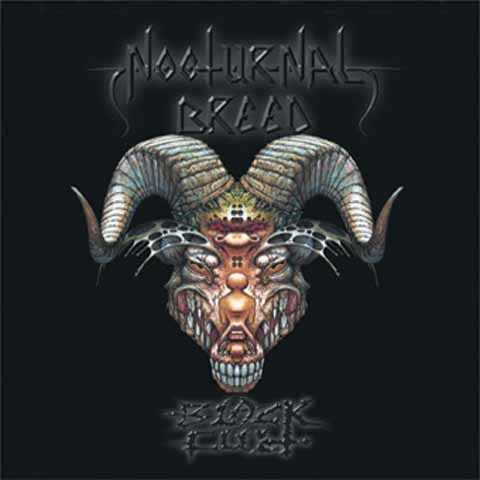 Near the end of the last Millenium, a feeling of unease started to grow within the Oslo underground scene. Thrash metal was back…and it was time to serve punishment where punishment was due. Nocturnal Breed was formed in 1996 by singer/bassist S. A. Destroyer (Gehenna/Satyricon) and guitarist Ed Damnator aka Silenoz (Dimmu Borgir). Within six months, demo recordings ?Raping The Angels? and ?Black Cult? were hatched, from which several tracks made it on to different compilations. In 2005 the band signed to Belgian label Painkiller Records that released a limited edition box-set ?The Remasters?, which contains the whole back-catalogue re-mastered, with new covers and booklets packed with fresh liner-notes. This box-set was limited to 1000 copies and also include a special made cd called ?Black Cult The Demonz 96-99? that features all their demo stuff compiled on one album. This was supposed to be available only in the box set but the factory pressed 500 copies too much so 500 copies were sold separately