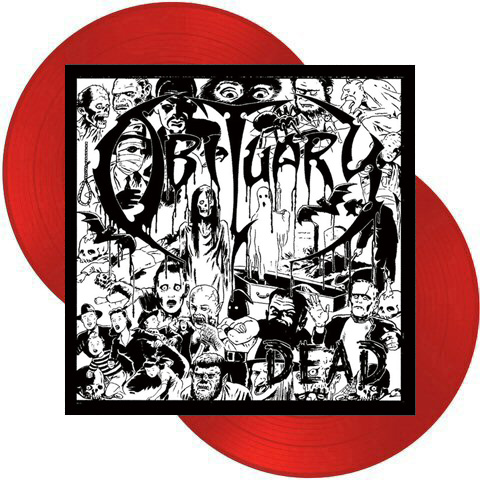 A typical product of the fertile Floridian death metal scene, Obituary never quite matched the success of their peers, Death or Morbid Angel, but they managed to churn out a decent number of competent albums early on in their career nonetheless. Later plagued by diminishing interest from both their fans and among the bandmembers themselves (effectively splitting up for nearly three years), the group stumbled through the mid-’90s in distracted fashion, and it is no surprise that Dead — a career-spanning live album — seems like little more than an afterthought. Containing such amusingly titled career highlights as “Chopped in Half,” “I’m in Pain,” and “Cause of Death,” the disc showcases the group’s unusually sluggish death metal style, made all the more special by vocalist John Tardy’s inimitable (and incomprehensible) growl — which, peculiarly, sounds as though he himself is repulsed by the words he is croaking. And perhaps most ironic, it’s the blinding ferocity of later-day gem “Threatening Skies” and early-days favorite “Slowly We Rot” — two of the disc’s rare, full-on thrashers — that leave the most lasting impressions. This album does not get the credit it deserves as it is a great live album showing the energy of one of the most underrated death metal bands of all-time.