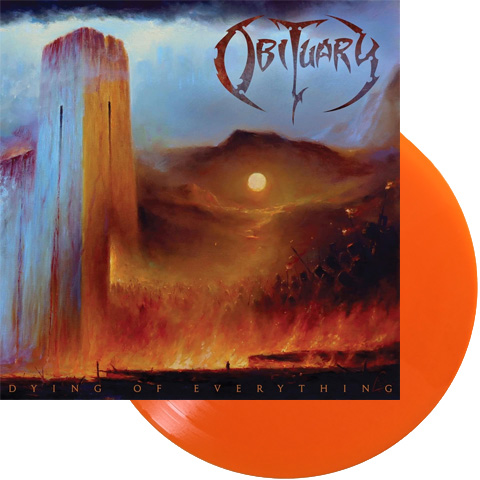 Obituary –Dying Of Everything lp [orange]

Dying Of Everything destroys in the time-honored tradition of early Obituary classics Slowly We Rot and Cause Of Death while maintaining the killer studio sound that the band has been perfecting in their own studio since 2007’s monstrous Xecutioner’s Return. Track after track, Obituary solidify their legacy as a Death Metal institution, churning out some of the heaviest riffs in their career. Some of the post reunion efforts suffered from being uninspired, bloated or lacking in production . Dying Of Everything is where they get it right. The production is clean , John’s voice maintain its unique inflection and ferocity. This is a groovy and catchy album like Back From The Dead but it shows little nuances that reflect on all the past albums. A must for fans of the band.