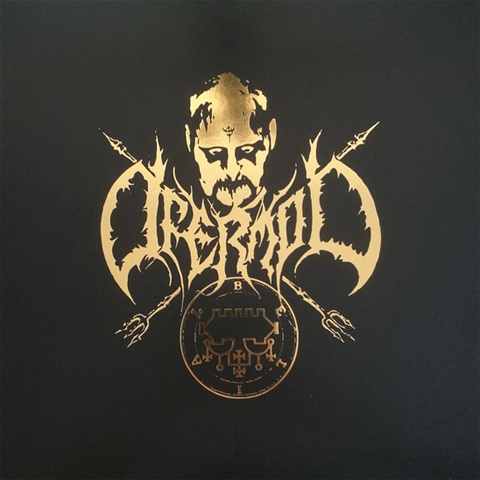 Pentagramaton was intended to be the first full length album from Ofermod but, as Michayah Belfagor, explained at that time: Obviously, the chaos forces did not want that the album was released” the cause of it, was a series of delays due to Belfafor´s illegal activities in 2006 and that line-up of the band split shortly after the recording of the album when Belfagor went to prison. But now this recording will see the light of day, Finally, is been launched a version that pleases to the session participants, according to Belfagor´s words. Ofermod planted the seed for the Orthodox Black Metal movement, that it was blooming in the new millennium, Pentagramaton contains the whole black metal twisted essence but stylish, improving and possibly distilling that most powerful essence. So the album is built with the most impure black metal aura, following the traditions formulated by their predecessor Mysterion Tes Anomias. Belfagor, repeats the dose of creating that aggressive atmosphere of the Swedish worshipping, that it’s being based of the overwhelming rawness, in a way that the guitar’s tone it feels so primitive powerful and heavy at the same time, and suddenly it immerses yourself in a status of pleasant tension. That is really captives yourself immediately.