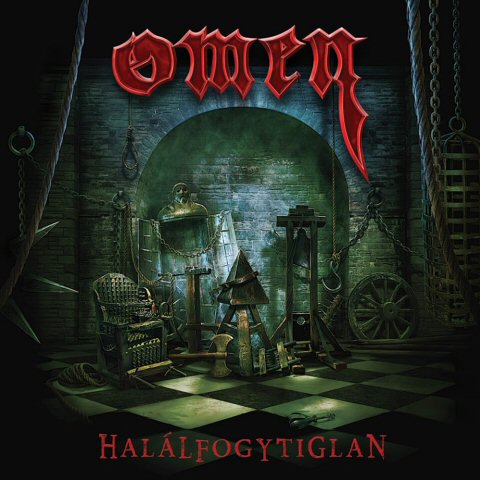 Hungary’s Omen is a real busy band. Since the formation in Budapest back in 1990 they have released no less than 11 studio albums. Their 2019 album Halalfogytiglan starts with a track called Most Kezdodik that sounds a bit similar to Symphony Of Destruction. And its not strange to compare them to Megadeth as the band performs some metal that are both heavy and sometimes full of speed. The band is probably at its best when they speed up because during that time they never lose their heaviness and the band has always been so tight and professional. Their new singer Peter Molar both sings clean and uses some powerful guttural voice so it really matches the bands music. Overall Omen of 2019 doesnt dissapoint and Halalfogytiglan is another album in the Omen discography worth checking out