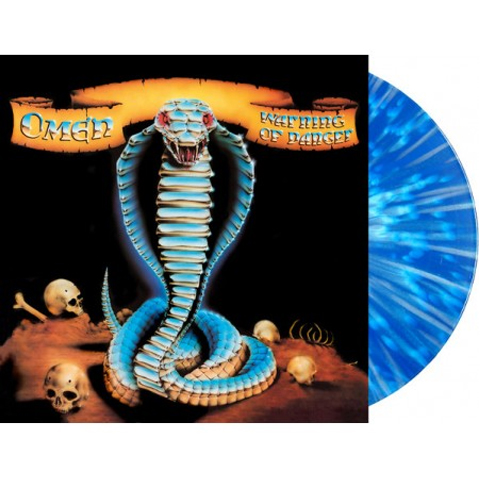 Like many of the New Wave of British Heavy Metal bands that inspired them, the appeal of Omen’s songwriting seemed to be inversely proportional to the quality of their recordings. That is, as the band matured and produced ever more polished and technically professional LPs, a certain something was mysteriously lost in some bizarre kind of reverse Faustian bargain. Which is a long way of explaining just why their second album, 1985’s Warning of Danger, though clearly superior in scientific terms, was simply not quite as good as its predecessor, 1984’s minor classic Battle Cry. Opinions may vary, of course, but the general consensus among critics and fans appears to support this odd contradiction, no matter the presence of quite a few top-notch metal anthems like “Ruby Eyes (Of the Serpent),” “Termination” and the stately “Hell’s Gate,” being found on Warning of Danger. Perhaps coincidentally, perhaps not, most of these highlights were also the ones bearing the most lingering hallmarks of the band’s early Iron Maiden influence: tightly played harmony guitars, galloping rhythms, and fantasy yarns to cap them (see also the cryptically named “V.B.P.,” in that regard). In any case, the remaining material lacked the distinct spark of those earlier, rough-hewn gems — dulling Omen’s edges and initiating the process of decline that would see them get lost amongst the endless stream of competent, but now forgotten, American metal bands putting out records in the mid-’80s.