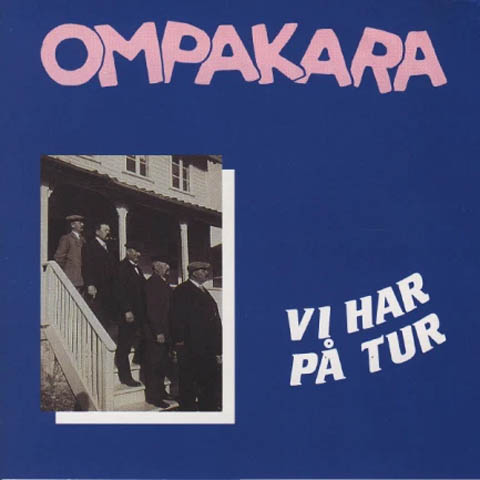 The debut album from Ompakara, the folk rock act from Elverum in Norway. The band were founded in the late 80s and released this debut in 1990. The band mixes polka, tango, rock, traditional Irish music with lots of humour and its an album that will put you in a good mood. Just listen to the opening track Velkommen or Mr.Depp, Jag Og Flaska and you will hear two strong tracks that could have been lifted off from an album by The Pogues if they only had been performed in English. The band never made it outside of Norway which is a shame because its a missed gem in Norwegian folk music.