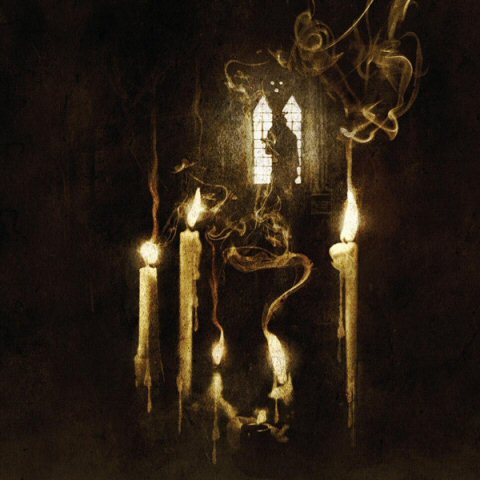 Stockholm’s most unpredictable metallic sons Opeth have offered another step on their dark journey into the Maelstrom that combines progressive sonics, and acoustic and electric instrumentation, all the while extrapolating on their now-trademark brand of death metal. Stepping aside from the malevolent acoustic elegance of 2003’s Damnation without abandoning the textural advances, Ghost Reveries is a tour de force of creativity, power, and innovation. Alternately melodic and brutal, the album takes the band’s progressive acumen to a new level while never abandoning the crunch. Vocalist, guitarist, and lyricist Mikael Åkerfeldt has become a complete poet of the dark side. With bandmates Per Wiberg on keyboards, drummer Martin Lopez, guitarist Peter Lindgren, and bassist Martin Mendez, Åkerfeldt has forged ahead into a vein of this music that moves it further forward while embracing not only elements of the band’s foundational past, but also elements from the annals of heavy metal. The sheer, harsh, tragic beauty of Ghost Reveries reveals it as more a hunted album than a haunted one. The opener “Ghost of Perdition” is layered with heartbreakingly lyrical beauty — amidst its crack and burn — with vocals either sung poetically or growled from the depths of the ravages of the human throat: “In time the hissing of her sanity/Faded out her voice and soiled her name/And like marked pages in a diary/Everything seemed that is unstained/The incoherent talk of ordinary days/Why would we really need to live/Decide what is clear and what’s within a haze/What you should take and what to give….” The guitars, electric and acoustic, intertwining and winding around one another with quick figures, move the melody into the labyrinthine “Reverie/Harlequin Forest,” that goes on for over 11 minutes while its tales of sickness and tenderness rub against one another and become one tortured being. Justification and easy moral judgments become futile, reflections of painful memory and dislocation are taut, walking a rusty razor wire as propulsive drums and crackling guitars carry the singer into his desolation. Ultimately, Ghost Reveries comes together like a suite, characters have various faces and traits, but they are all reflections in a mirror that retains no permanent image. This album is a culmination of everything Opeth have worked toward throughout their career. It’s fully realized, stunningly beautiful, and emotionally fragmented; it’s a terrain where power, tenderness, and sheer grief hold forth under heavy manners. Awesome.

Track listing:
1. Ghost Of Perdition
2. The Baying Of The Hounds
3. Beneath The Mire
4. Atonement
5. Reverie/Harlequin Forest
6. Hours Of Wealth
7. The Grand Conjuration
8. Isolation Years