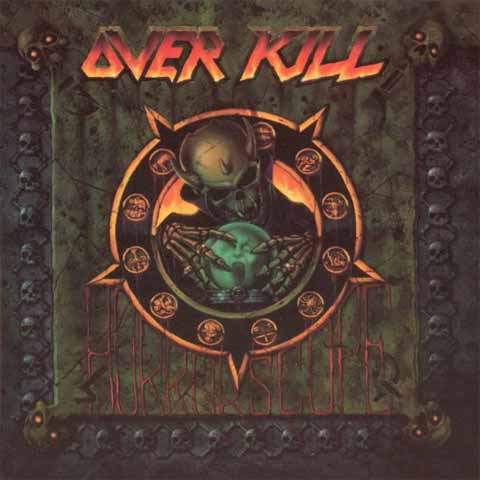 Overkills fourth album was released in 1991, in a time where thrash (and metal in general) was starting to go down the drain, and grunge and alternative were starting to become popular. In other words, gay music was infecting the world. Many good bands broke up or changed their sound. Metalheads cut their hair and had kids but some band still kept making solid albums. Overkill was one of those bands, and this album was one of those aforementioned solid onesThis album kicks off with the fast headbanger ‘Coma’, and doesn’t slow down until the intro to ‘Bare Bones’, and then it kicks off again into a thrashing frenzy. Noticeable on this album is the crunchier guitar tone, and a little groove is found on some riffs. The drums are also mixed differently (notice the snare drum and bass drum sound), and Blitz’s voice also is a bit lower and a bit raspier. People who didn’t like his voice before should probably be able to tolerate it this time.