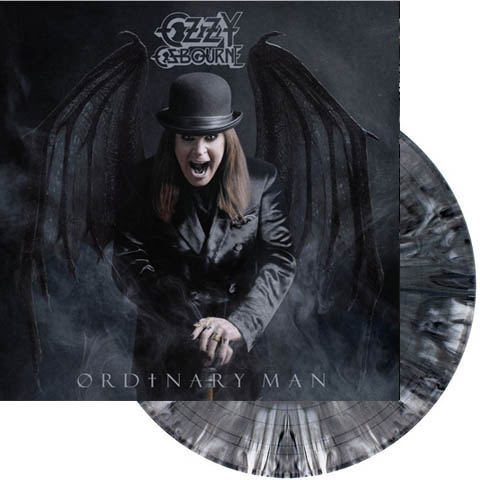 Ordinary Man is Ozzy Osbournes first solo album in almost 10 years, the album has been preceded by the release of three singles, the #1 rock track Under The Graveyard, which was followed by Straight To Hell featuring Guns N’ Roses guitarist Slash and Ordinary Man featuring Elton John. “It was a lot of fun to do though it’s a lot different from my other albums,” Ozzy says of the album. “We recorded it quickly, which I haven’t done since the first Black Sabbath album. This made it a different process, which I actually enjoyed.” Recorded in Los Angeles, the album features producer Andrew Watt on guitars, Duff McKagan (Guns N’ Roses) on bass and Chad Smith (Red Hot Chili Peppers) on drums. Beyond the core band, Ordinary Man, features a who’s-who of OZZY friends and collaborators including Elton John, Post Malone, and Tom Morello. “It all just came together,” Ozzy explains of the guest stars. “Slash is a dear friend of mine, as is Elton. When I was writing ‘Ordinary Man,’ it reminded me of an old Elton song and I said to Sharon, ‘I wonder if he would sing on it?’ We asked and lo and behold, he agreed and sings and play piano on the song.”