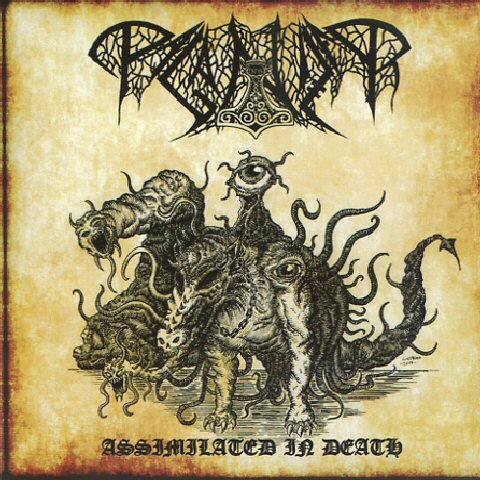 In common with a number of other death metal bands, Paganizer is the brainchild of one Rogga Johansson. Given the changing line-up over the years, it would be fair to say that Paganizer is Rogga. To call Rogga a death metal legend would be massive understatement. Under various monikers, he has masterminded something like 5000 death metal albums so far, and still he ploughs on. Okay, maybe a slight exaggeration, but over several projects, Rogga has been prolific for twenty years, with Paganizer the main outlet for his creative talents. This compilation album features rare EP and compilation tracks. Limited 500 copies