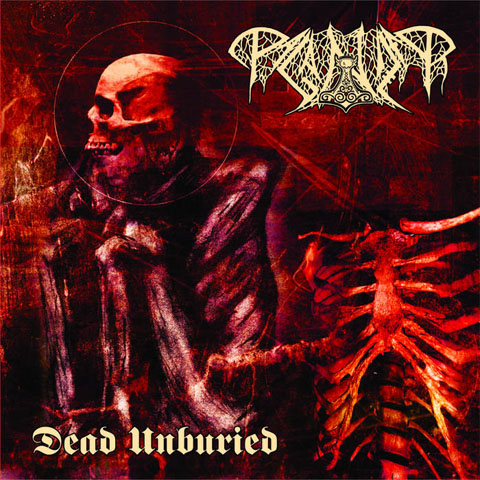 Paganizer’s 2002 album, Dead Unburied, is carrying the flag of the Swedish death revival and hoist it proudly above the rest. Beneath all the rough stuff lie malicious grooves and a real consistency between the instruments that keeps the sound interesting throughout the album. As the pace shifts or solo kicks in, the guitars and drums seem to be in-synch and never sounding off beat from the other. The soloing is a treat unto itself. They’ve got a very clean, traditional tone to them that creates a nice diversion until the next skull-pounding session begins. Dan Swano was involved in the mastering of this record. And if mix Swano’s production job with Paganizer’s and you’ve got yourself one hell of a record. To spice things up further the band even asked Jorgen Sandstrom (formerly of Grave) to come in and do some guest vocals. Pure Swedish Death metal then this is one hell of a beast of an album.