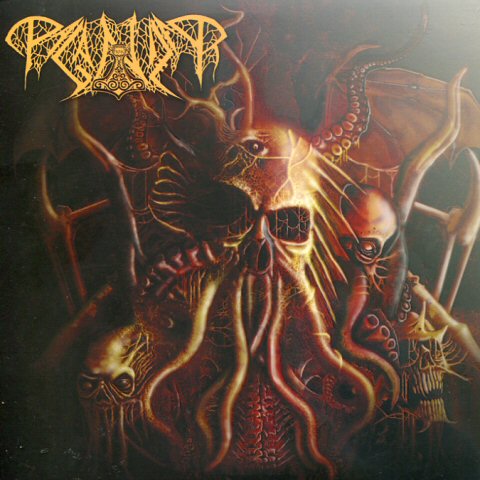 As the saying goes, another month, another death metal release from the ineffable Rogga Johansson. Were only a few months into 2019 and this death metal giant has already released albums with Putrevore, Megascavenger, Evangelicum as well as laying down material for Dead Sun and The Cleaner And Mr.Filths Van Murders. Besides this we have a new release with his main band, Pagaziner. This split single features one previously unreleased tracks with Paganizer recorded at The Rotpit studio and two tracks with the heathens of Sydney, Heathenspawn. These two tracks were recorded in Sydney then mixed and mastered by Dan Swano. If you like what Paganizer have released in the past then you’ll surely like this new song, since it’s a fast and rather straight attack in best Paganizer style. Heathenspawns tracks. Casket Dreams and Nail The Nazarene are rather melodic Death Metal with breaks, twists and turns. Of course you’ll hear the influence of the Gothenburg school of the mid 1990s, but Heathenspawn are doing it well and should please fans of this particular style of death metal.