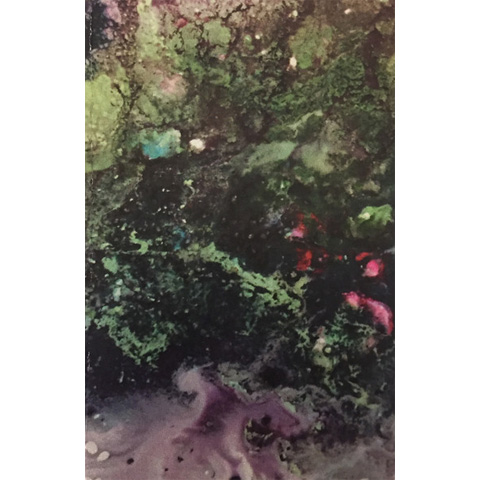 Palmless is the new experimental band from Malmo formed by Jons Pedersen after leaving Black Temple. By calling them experimental I mean that they are an imaginative band that doesn’t allow their music to be imprisoned to one style or genre. While their music lands at times in several genres it doesn’t stay there long. They are able to maintain a revolving door of unique styles and sounds that makes every track feel like a true renaissance for the band. Black metal, post-blackgaze, noise rock are all music that flows through their debut albums, The Nine Exits, half-hour runtime. Jonas trades in his bass for guitar duties with this band and the guitars are barely distorted, mostly receiving the overdrive treatment. Vocalist Niklas Olsson has a vivid approach as the frontman, voice shines within this band. Ulf Blomberg brings the low end thunder on bass with a sound that is almost totally dry. Drummer Daniel rarely play blast beats that the black metal genre usually does. Instead he highlights the more intense moments of some songs with his hard hitting style. So The Nine Exits borders on the realms of post-rock, black metal, and shoegaze into a coherent entity. Let yourself be struck by what it evokes, and by its relative accessibility.

Track list:
1. Abstracter, Part II: Those Are Not Lilac Skies
2. Bleeding In
3. Collider
4. Taken By The Fire
5. The Ninth Exit
6. The Truth About Life And Death
7. Reek
8. Epilogue: Once We Had Hope