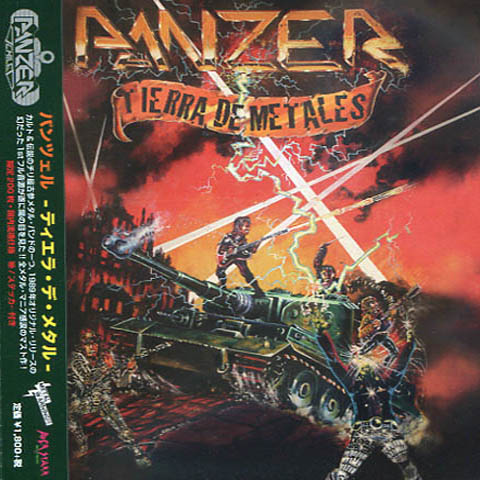 Panzer (or Panzer Rock) is a Chilean heavy metal band formed in Santiago back in 1987. In 1988, the band was elected by peers and journalists as the best Chilean rock group, a title it held for two consecutive years. This coincided with the release of their first album Tierra De Metales (Metal Land) in 1988, followed by its 1989 Latin American re-release in an attempt to establish the band in other Spanish-speaking markets. Lyrics reflecting widespread youth issues and the band’s classic cut of heavy metal became the trademark of Panzer. This classic debut album was originally only released on cassette and has now been re-released on CD