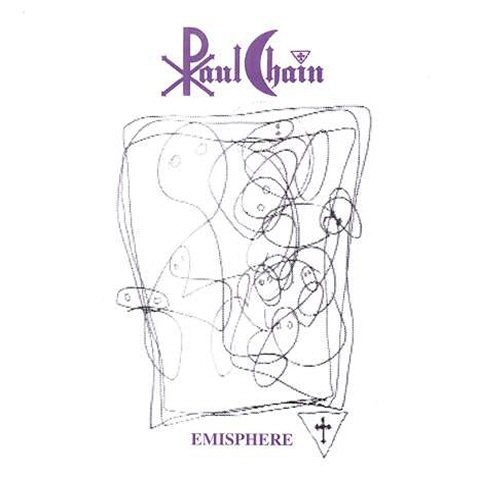 Emisphere is the last album from Paul Chain to be completely improvised. For those of you who are unfamiliar with Paul Chain’s improvised material, you should realize that it doesn’t get much attention from doom fans, because it really isn’t doom. The only link this release has to Mr. Chain’s ‘Sabbath-worshipping past is the first part of ‘Disease’, which then devolves into inconsistent riffing. As usual, the tracks tend to be pretty long, many being near or above the 15 minute mark. He also makes heavy use of a Hammond Organ throughout, and introduces some electronic elements as well. The female spoken word passages first introduced on ‘Dies Irae’ are back, and are just as disturbed and emotional as ever. The music has a chaotic atmospheric that is at once depressing and nerve-wracking. Even when played as background music, it has a strong effect on the listener. It’s a bit hard to grasp the concept behind this album, though. It clearly tells a story which begins with ‘Open (Judgement From The Past)’ and concludes with the fulfilment of ’Destiny’. The theme of the album seems to be “life”, which is business as usual for Paul Chain, but from there things get a little vague. ‘…Judgement…’, for example, could be about the inherited sin of which the Bible speaks. Or perhaps, it’s about how absolute and inescapable the effects of our genetics are on our life experiences. In either case, after a short happy period at the beginning of the third track (‘Transformation’), the story that the music conveys is quite unpleasant. Personally, I believe that this album will be too strange for most doom fans. That’s not to say that doom metal fans are going to hate it, it’s just that it’s not doom. This album is really going to appeal to people who are fans of the style Paul Chain played during this period in his career.