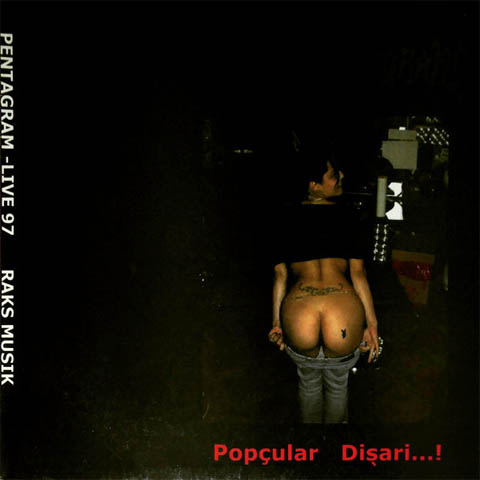 While Turkey’s Pentagram (also knowns as Mezarkabul) never was a band to release the same type of album twice, Anatolia (1997) was a step forward from their first two efforts. With the arrival of Murat İlkan’s fantastic vocal range, the band shifted from thrash metal towards a mid-tempo, somewhat progressive power metal sound with a lot of room for influences from their native country. Being a big fan of oriental influences in heavy metal, Anatolia completely blew my mind the first time I heard it, but even fans of somewhat more casual power metal should admit that this is a spectacular album. During the tour for that album the band performed at the Istanbul Open Air Theater Festival, on the 5th of July 1997 and that show was taped for this album. Popcular Dısarı means Get Out You Popfans in English.